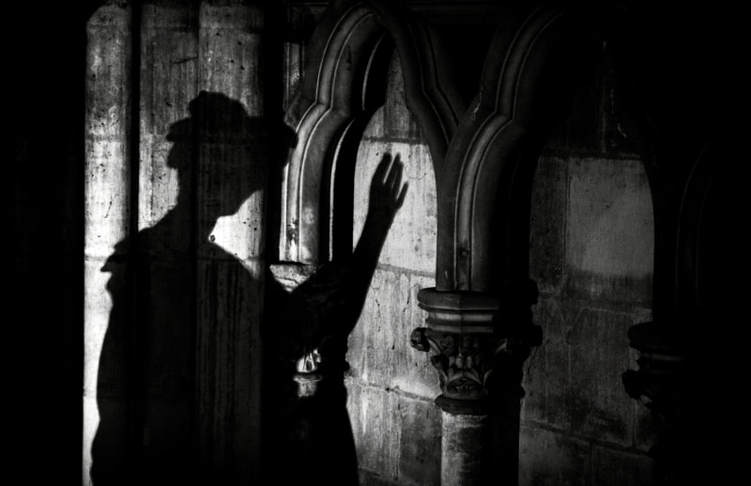 ​Several years ago biologist, Prof. PZ Myers, of 'Pharyngula' blog fame, asked for contributions to a series of posts titled 'Why I am an Atheist'. This is a slightly edited version of the one I submitted and had published. It subsequently received over 700 comments, most complimentary. However, some comments, from obviously theist readers were, disappointingly, very vitriolic indeed. And yes, I actually had the dream, it's not a literary device.
"I wish to believe, but belief is a graveyard."
(Charles Bukowski)

​
Last night I had a dream. In this dream I believed that a room in my house was inhabited by a poltergeist. I couldn’t actually see the entity but I had good reason to believe it was there because inanimate objects were constantly being moved from where I had left them. Of course I could have been mistaken as to where I had put them. So I conducted an experiment. I left a pair of shoes in the middle of the floor and out loud, informed the poltergeist that:

“I have left a pair of shoes in the middle of the room and I am now going to leave the room, close the door, and return in 10 minutes. If you want me to believe in your existence I want you to move the shoes to somewhere else in the room”.

Then I left. On returning, sure enough, the shoes were neatly placed on the table. In my dream I repeated the procedure several times and on each occasion the shoes ended up on the table.

I imagine I have dreams like this because as a young teen I discovered the freedom of thought offered by science fiction and, as a result, avidly read the entire contents of my high school library within a year. Stalwarts such as John Wyndham, Lester Del Rey and later, the ‘new wave’ of science fiction authors such as Bradbury, Ballard and Ellison became my sustenance. From there on it was an easy step into the decidedly dodgy world of ESP, ley lines, the mathematical profundity of the pyramids, Erich von Daniken and Lobsang Rampa. You name it, I’ve probably read it. Looking back on this period I wonder to what extent reading these books acted as a substitute for wish fulfilment. We all wish the world were different to how it actually is. In my case this was characterised by such childlike thoughts as wouldn’t it be great if telepathy were real? Or talking to dead people. So cool! Ancient civilisations received the wisdom of visitors from outer space in saucer shaped craft. Fantastic! Move objects at a distance? Wow! Slightly later came the belief that we could cure all emotional ills by simply by talking through our feelings, guided by a simple Freudian or Jungian template of human psychology. I was the guy who wanted Fox Mulder's I BELIEVE poster before the X-Files were even thought up. And it wasn’t long before I (only briefly, mind you, I wasn't that daft) toyed with the idea that an omniscient, omnipotent, omnibenevolent entity might have created the universe (and us, to look just like him!) and responds to all your needs, if we’re suitably receptive.....

Added to all this I’d always imagined I’d cut a dashing figure in a Star Trek outfit.

But let’s stop right there. Let’s be honest. There is no such thing as ESP, telekinesis, reliably effective Freudian analysis, flying saucers etc. How do we know this? Well we’ve observed and experimented, and crunched the numbers. And observed and experimented and crunched the numbers again. And again. And that omni-everything entity?  Well again, when we look hard enough at the numbers, whether from a philosophical or empirical investigation, they simply don’t add up to the total that our theological accountants have calculated for us. There’s actually zero empirical evidence and, in any case, that combination of the three most popular omni-characteristics is so obviously logically contradictory without a liberal sprinkling of just-so stories to embellish the taste of the tale.

So, in the best tradition of personality psychology in categorising human beings, I observe a psychological continuum between those people who view the world primarily in terms of wish-fulfilment (i.e., believers) and those who view the world primarily in terms of evidence (i.e., rationalists). Or, in other words, a personality continuum based on an individual’s existential honesty. Using my dream as analogy, whether the shoes had moved or not, the ‘rationalist’ would simply accept the state of things as found. If the shoes had moved (assuming this wasn’t a one-off result but was replicable) the poltergeist hypothesis would gain some support and become incorporated into the wider view of how the universe works. The ‘believer’, of course, would continue to believe. On the other hand, if the shoes had not moved, the ‘believer’ would have had their world-view threatened. Here lies the difference. It’s likely that at least some of the ‘believers’ would be forever trying to convince us that, in fact, the shoes really had moved.

And not just by poltergeists. Simply substitute God for poltergeist, and the shoes would have moved in the spiritual dimension, or actually could have moved, if God was willing, or there remains the possibility that the shoes would have moved, if only we had more faith. And so on. Some ‘believers’ are apt to accept the fruits of the scientific method only so long as they’re palatable to their wider view. However, whenever things get a little daunting and make them feel insecure, they’ll go and hide under a metaphorical table and tell themselves that things really haven’t changed; there are just different ways of knowing.........

This is the nitty-gritty of why I’m now a methodological naturalist, a provisional philosophical naturalist and an inherent sceptic. I simply aspire to perceive the universe in as true a way as possible. I wish for things in a personal sense, sure, but I no longer have any wish that ontologically and existentially important things be a certain way. I now realise that no matter how intuitively appealing pantheism, for example, might sound, I’m not going to lie to myself that it’s a reality just because it makes me feel warm and fuzzy. So it’s not that I don’t believe in ESP or poltergeists or gods or some such things. It’s that I have yet to see any convincing data (or philosophical argument, for that matter) that has convinced me of either their physical possibility. Belief just doesn’t come into it.

On the other hand, when it comes to Star Trek...........sometimes I do believe.
Original images and written content © Gary Hill 2013. All rights reserved. Not in public domain. If you wish to use my work for anything other than legal 'fair use' (i.e., non-profit educational or scholarly research or critique purposes) please contact me for permission first.