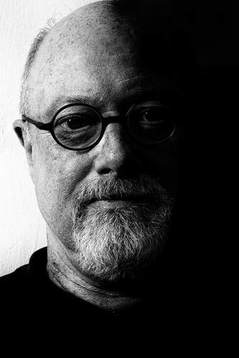 “After we came out of the church, we stood talking for some time together of Bishop Berkeley's ingenious sophistry to prove the nonexistence of matter, and that every thing in the universe is merely ideal. I observed, that though we are satisfied his doctrine is not true, it is impossible to refute it. I never shall forget the alacrity with which Johnson answered, striking his foot with mighty force against a large stone, till he rebounded from it: "I refute it thus." (August 6th 1763, as told in James Boswell’s 'Life of Samuel Johnson, Vol 3'; 1791)

I admire Samuel Johnson's feet-first, hands-on approach. I enjoy metaphysical questions such as whether there is a fundamental kind of stuff and whether mind is emergent from matter. I consider methodological naturalism, employing empirically derived data, to be so obviously, far and away, the most fruitful approach to investigating reality. Call it scientism if you like. I don't. Agreed, 'kicking stones' might not afford the same level of certainty as some others claim to possess. I don't perceive much certainty emanating from those indulging solely in armchair metaphysics and theology, much of which appears to be predicated on logical word-games constructed with premises carefully designed to safely generate some a-priori desirable conclusion. A view of reality based on ideas that are 'broadly, logically possible' is, for me, a life only partially examined. Reality is what it is; it has no obligation to conform to any philosophical or theological argument.

Thus, I have little respect for claims, assertions and beliefs lacking support from empirical evidence; except when they are presented as mythology, which I do appreciate. I'm an atheist with a liberal sprinkling of ignosticism and, on a doubtful day, perhaps some vague kind of ietsism, who nonetheless sometimes worships at the altars of Bacchus, the god of wine and Veronica, the patron saint of photographers (and, apparently, laundry workers). I have two nationalities but ideally I'd need none. Politically, I have a strong aversion to right-wing ideology rather than conducting any love affair with the left. I play no musical instrument but a day experienced without listening to music is a rarity. I write crap poetry and fiction and draw and paint like a child, which is why you'll find none of it here. However, photography allows me to combine a PhD level training in visual cognition/neuroscience with my wholly self-taught love of art. I value both domains. I capture images for the same reason as Bert Hardy:

Just that. I'm not exploring the relationship between 'urban synaesthesia' and 'mythopoetical reality' utilising the approach of 'neodeconstructionism' within 'subtextual desituationism' (all such bafflegab lifted from actual artist's statements). Very few of my images are set up. I simply come across visual scenes that either immediately 'grab' me, or not. Call it a 'Zen' experience if you like. I don't. I don't do social media either. It wasn't me that wrote that. Nor do I write in the third person; it sounds even more pretentious.