And Now There Is Nothing But Trees 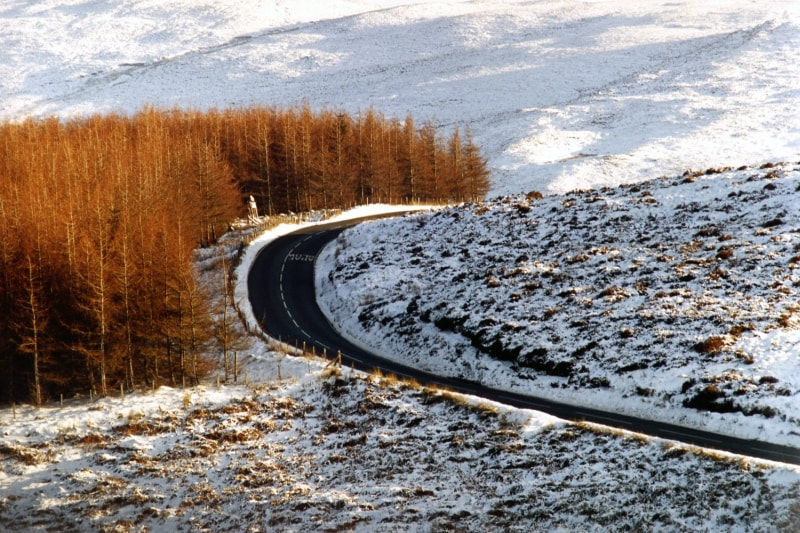 They have planted saplings for the third war
On the land of Esgeir-ceir and the fields of Tir-bach
By Rhydcymerau
I remember my grandmother in Esgeir-ceir,
Pleating her apron as he sat by the fire,
Skin of her face yellowy-dry as a Peniarth manuscript
And on her old lips the Welsh of Pantcelyn.
A piece of last century's puritan Wales she was.
My grandfather, though I never saw him,
Was a character - small, vital, tough, lame,
Fond of his pint;
He'd wandered in from the eighteenth centurt.
They brought up nine children,
Poets, deacons, Sunday School teachers,
Leaders each of them in their little sphere.

My Uncle Dafydd farmed Tir-bach,
A country poet, a local rhymester,
His song to the bantam cockerel famous around:
'The bantam cock goes scratching
Round and round the garden...'
I went to him each summer holiday
Of shepherding and sketching lines of cynghanedd,
Englynion and eight-line stanzas in 8-7 measure.
He too brought up eight children,
The oldest son a Calvinist minister
Who also wrote poetry -
In our family a nestful of bards.

And now there is nothing there but trees,
And their insolent roots sucking the ancient earth -
Conifers were once was community,
Forest in place of farms,
Corrupt whine of the southern English where once was poetry, was divinity,
A barking of foxes where lambs and children cried,
And in the central darkness
In the den of the English minotaur,
And on the branches, as on crosses,
Corpses of poets, deacons, ministers, Sunday School teachers,
Bleaching, rain-washed, desiccated in the wind.

The last stanza is the one that grips me most tightly. The poem refers to a government orchestrated environmental and social catastrophe, the compulsory purchase and clearing of hill farms, and clearance of the inhabitants throughout mid-Wales for the commercial growing of conifers for wood production. In 1951 a British government minister said:

"We intend to plant 800,000 acres in Wales. We intend to change the face of Wales. We know there will be opposition but we intend to force this thing through.”

​And force it through they did, throwing people off the land they had lived on for centuries, with the help of generous tax concessions for wealthy investors, including cynically, some members of the government of the day.

The result, as shown in my image, is an agricultural monoculture. And now there is nothing but trees.......their insolent roots sucking the ancient earth. Which, when felled, leave a land denuded of soil, washed away by the rain through drainage ditches. What soil is left is so acidic that nothing other than fresh plantations of conifer will grow there. Conifers were once was community. And worse, each new generation of trees is showing a diminishing return, an encroaching desert gifted to current and future generations who are left to settle the accounts of the short-term profiteers who probably never gave a passing thought to people like Gwenallt Jones.
Original images and written content © Gary Hill 2014. All rights reserved. Not in public domain. If you wish to use my work for anything other than legal 'fair use' (i.e., non-profit educational or scholarly research or critique purposes) please contact me for permission first.