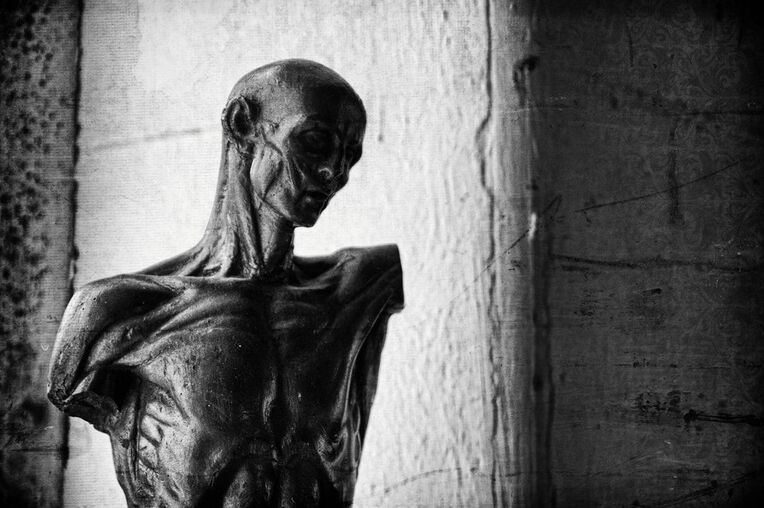 To anyone who has ever experienced that unfathomable sense of awe when they realise just how stupendously big the universe actually is thoughts surely move on to whether we are alone. The Drake equation says probably not, but in any case, even if the universe is teeming with life forms at least intelligent enough to hold the same thoughts, the distances involved (as well as the rate of expansion) might forever preclude any physical contact. But let’s wish it were so and imagine.

Travellers from a distant star system arrive in Earth orbit and announce themselves. They call themselves Zogloids. They come in peace. A delegation of Zogloids is invited down to Earth to meet a cross-section of dignitaries and experts from all fields of endeavour and investigation. On Monday, they might meet with physicists, theoretical physicists and cosmologists. They’ll surely have much to discuss, from the relative mundanity of alternative propulsion systems for space travel to the more cerebral subjects such as gravity and quantum mechanics, the nature of spacetime and the possibility of a multiverse. Tuesday might see the visitors meet with our best mathematicians and philosophers with whom they will undoubtedly have fruitful discussions about the nature of mathematical axioms and their various proofs, and we might even get to settle the worn-out questions about the universality (or not) of logic, and qualia, and whether an actual infinity is at all possible. The next day, it might be the turn of chemists and biologists and we will all be able to compare notes on subjects such as abiogenesis and the various mechanisms underlying the evolution of the diversity of species on both our worlds.  On Thursday, engineers might be able to take advantage of the Zogloid’s superior knowledge of structural forms and composite building materials. On the final day, representatives from the various sects of the world’s three monotheistic religions may be invited to introduce our guests to some of our religious beliefs. Some of these representatives will no doubt inform them that we can be certain that human beings alone have been purposely made in the very image of the God that created the entirety of the universe, including the Zogloid's own planet and solar system. The influential fundamentalist Christian pastor Ken Ham, ever the bigot, has the Zogloids sized up before they've even landed:

"The Bible, in sharp contrast to the secular worldview, teaches that earth was specially created, that it is unique and the focus of God’s attention.............the Bible makes it clear that Adam’s sin affected the whole universe. This means that any aliens would also be affected by Adam’s sin, but because they are not Adam’s descendants, they can’t have salvation............Jesus did not become the “GodKlingon” or the “GodMartian”! Only descendants of Adam can be saved. God’s Son remains the “Godman” as our Savior. In fact, the Bible makes it clear that we see the Father through the Son (and we see the Son through His Word). To suggest that aliens could respond to the gospel is just totally wrong."

To be fair, not all Christians might agree with Ham. According to Aquinas, man's essence is "a reasonable animal", i.e., a being capable of reasoning. This theoretically leaves at least the Catholic door open to acceptance of aliens as human equals. But Ken Ham won't agree with Aquinas. He's also stated plainly that "our views contradict the Council of Trent."

So it won't be long before the Zogloid's realise that human beings can be a bunch of bigoted, arrogant prats.

But potentially it gets much worse. What if our scientific exchanges revealed that, gram for gram, the Zogloids would provide 10x the nutritious value of any food source naturally available on Earth? It wouldn't take long before someone realised that if we farmed them for food we could forever alleviate hunger in the third world, and do so very cheaply at that. Putting aside anything the Zogloids might have to say on the matter, surely this would be a morally wholly unacceptable means of achieving this laudable goal? For most sane people, undoubtedly yes. But to Ken Ham and those who follow him, would it really be morally unacceptable to farm and eat the Zogloids? Let's delve into this a little further.

People like Ken Ham also hold to an extreme anti-abortion stance; i.e., disallowed regardless of circumstances. Their argument is, essentially, that it is an objective fact that 'personhood' or 'ensoulment' begins at conception and so a zygote, never mind a foetus is, in every way, a complete and full individual human being, deserving of the same rights afforded to those human beings already born. There is an important corollary of this argument: all of the perceptual, emotional, and cognitive abilities possessed by human beings which separate us from all other species can therefore play no role in determining personhood. All that matters is whether we are genetically human; stage of development and any other attributes (or lack of) are of no importance when making such moral evaluations. Therefore, to remain consistent in their views they must surely agree with the following argument, based on their own theology:

P1: The Zogloids are not descendants of Adam.
P2: Genetically, the Zogloids are a non-human species (from P1).
P3: The Zogloids are not eligible for salvation (from P1).
P4: Any individual Zogloid is morally inferior to any individual human being (from P1, P2, and P3)
P5: The moral status of the Zogloid species is no different to any other non-human species (from P1, P2, P3 and P4)
C: Therefore: there exist no logical or moral grounds preventing human beings from farming and eating Zogloids.

Now it might be argued that we should not farm and eat the Zogloids on the grounds that they are moral agents, i.e., they are capable of moral judgements and actions based on some account of right and wrong. However, assuming the above argument, this proposal would fail:

It could be argued that we should not farm and eat Zogloids on the grounds that conferring personhood in human beings does not require the ability to be a moral agent, but merely the potential to be a moral agent at some time in the future. Moral agency requires the cognitive ability to differentiate between moral and immoral actions. As a species, Zogloids have advanced cognitive abilities. Perhaps, then, Zogloids might be considered, on the basis of their advanced cognitive abilities, to possess non-human personhood. Philosopher and Christian apologist Vince Torley, however, would appear to disagree. Regarding foetuses, he writes:

"No abilities or qualities (e.g. sentience, rationality, self-awareness, knowledge of other minds) which are subsequently manifested in a human individual can add to its value as an individual."

Assuming, quite reasonably, that Torley would apply that view to both humans and Zogloids:

P1: Human beings possess personhood from conception as an objective fact.
P2: Personhood is conferred in the absence of cognitive abilities of any kind.
P3: If Zogloid cognitive abilities are used as the criterion to confer personhood this would be a subjective definition of personhood (from P1 and P2).
P4: If the same criterion for personhood suggested in P3 was applied to human beings, personhood could not be considered to start at conception and so no longer be based on objective fact.
C1: Therefore, we have no objective criteria with which we can confer personhood onto Zogloids.
C2: Therefore, there exist no logical or moral grounds preventing human beings from farming and eating Zogloids.

The pious, Bible-believing Ken Ham and his fundamentalist chums can now enjoy Ken's special Zogloid hams, smothered with their favourite picante moral source and feel no guilt as they eat their way enthusiastically to God's salvation because, unlike the Zogloids, they are descendants of Adam.
​Original images and written content © Gary Hill 2018. All rights reserved. Not in public domain. If you wish to use my work for anything other than legal 'fair use' (i.e., non-profit educational or scholarly research or critique purposes) please contact me for permission first.